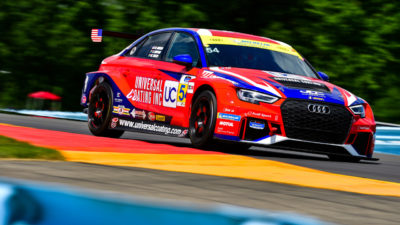 “Watkins Glen is an iconic track that is very fast,” said Johnson. “I’m excited to get back racing here. Last year, this race was our first podium so I’m looking forward to have a repeat. This track is always challenging because it’s normally warm temperatures and it’s a four-hour race, so it’ll take some strategy to have a good result. I’m very excited for the race on Saturday!”

For the Tioga Downs Casino Resort 240, the second of two, four-hour races on the 2019 schedule, Mikey Taylor, a driver with 16 years of international experience and 100-plus overall podium finishes, will join Johnson and Simpson in piloting the Universal Coating No. 54 Audi RS3 LMS TCR car. Taylor also raced with the team earlier this season at Daytona.

“I really enjoy racing at Watkins Glen; it’s always a great atmosphere,” said Taylor. “Unfortunately, my last outing in the No. 54 at Daytona didn’t end how we wanted, but the JDC team has shown all year that we have the speed, and now we just need to convert that into a win. I think we can do that this weekend.”

That speed and the team’s combined experience was on full display on Friday, as the team qualified in style, capturing the second position for Saturday’s race.

“Mikey Taylor provides a winning mentality with a driving style which seems to almost match our driving coach and co-driver Stephen Simpson,” said Josh Reasoner, the team’s Director of Partnerships and Media. “We are excited to see the results of their talents and professionalism showcased this weekend. Taking P1 in practice was a nice start!”

“Watkins Glen is always a challenging weekend, but we had had some good success there in the past,” said Simpson. “Last year, Michael and I achieved our first podium finish and I won the Sahlen six-hour race as well. Typically, it’s a physical race as it is a very high grip and fast track so we pull some good G forces. There may be some rain that comes at some point over the weekend so that is something we are preparing for. All in all, we are working hard and looking for a strong finish.”

When last on the track, in early May, a day of promise turned to disappointment when the team’s push for a podium finish at the Mid-Ohio 120 was dealt a setback, as their Universal Coating No. 54 Audi RS3 LMS TCR car was contacted from behind, forcing it off the track. However, Simpson, who was behind the wheel at the time of collision, was able to get back on the track and the team salvaged 10th place.

The weather forecast on race day in Watkins Glen, which is located on the southern tip of Seneca Lake, that largest of the Finger Lakes, is calling for mixed clouds and sun with scattered thunderstorms with temperatures in the low 80s. 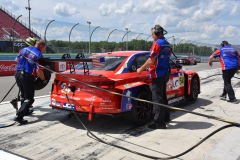 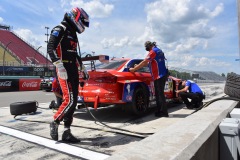 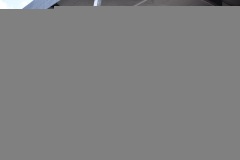 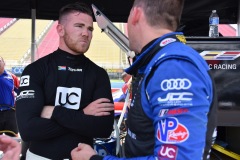 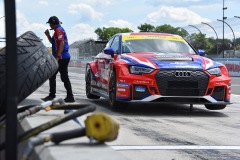