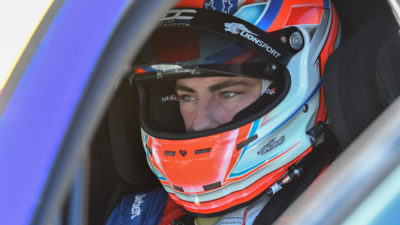 SEBRING, Fla. — After a month-plus break, drivers Michael Johnson and Stephen Simpson and the Universal Coating No. 54 Audi RS3 LMS TCSR car of the JDC-Miller Motorsports team will be back on the track this week in Sebring, Fla. at Sebring International Raceway for the Alan Jay Automotive Network 120.

Sebring is the second round of the MICHELIN Pilot Challenge, which kicked off in January at Daytona. The team began the season with elation but also disappointment, as it qualified for the BMW Endurance Challenge by breaking the TCR course record and capturing the pole position but, following an incident on the track on race day, was not able to finish.

“I’m very excited to be back racing at Sebring International Raceway,” said Johnson. “After our phenomenal pace in qualifying and strong performance at Daytona, I’m ready to do it all over again with Stephen Simpson. The guys at the shop have been working very hard to get the car prepped in this bit of a break we have had. We are all ready to win this week at Sebring!”

“I am excited to get back in the car and be back at Sebring,” said Simpson. “Michael showed some great speed last time out at Daytona and we are working hard to carry our good speed into this weekend. The JDC-Miller Motorsports team has done a great job getting our #54 ready.”

For Simpson, the race promises to be a special and memorable one for another reason — it’s his first action on the track since he welcomed his first child to the family, a baby girl.

Last season, Johnson and Simpson raced well at Sebring in the Michelin Encore in early November. The final event of the season, the team came tantalizing close to a second victory but had to settle for a runner-up finish after their Audi RS3 LMS TCR came up short on fuel.

The Alan Jay Automotive Network 120, on the 3.74 mile-track at SIR, is two hours in duration.

The weather forecast on race day in Sebring is calling for dry conditions, mostly sunny skies with temperatures in the high 80s.