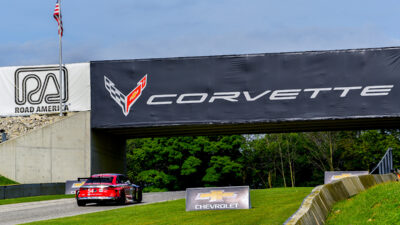 ELKHART LAKE, Wis. – Unfortunately, the third time was not quite a charm for co-drivers Michael Johnson and Stephen Simpson and the JDC-Miller Motorsports team on Saturday at Road America in Elkhart Lake, Wis.

Racing in the Road America 120, the third leg of the reconfigured IMSA Michelin Pilot Challenge, Johnson and Simpson finished sixth in a strong TCR class field. The team’s fastest lap was timed at 2:22.376. They finished the race in 2:03:29.302

“The race at road America was challenging,” said Johnson. “We had so many things happen in the race. It was a tough battle in the beginning but, unfortunately, we lost the lead pack. But Stephen drove exceptionally well in the last hour of the race. It was a good points day and the car came back with no issues. We will keep working and push it at Virginia International Raceway in two weeks!”

The weekend in Wisconsin started strong for the team, as Johnson piloted the No. 54 Universal Coating Audi RS3 LMS TCR car to a second-place result with a qualifying time of 2:21.360.

“The highlight of the weekend was Michael’s strong early effort by qualifying in the front row,” Simpson. “The race result wasn’t what we were wanting but it wasn’t due to a lack of effort. Our JDC-Miller Motorsports team gave us a strong car but, ultimately, the Hyundai’s were just too strong this weekend. We need to keep our heads down and keep working hard.”

The fourth stage of the IMSA Michelin Pilot Challenge season will take place at the 3.27-mile VIRginia International Raceway in Alton, Va. from Aug. 21-23. The two-hour Virginia Is For Racing Lovers Grand Prix at VIR is scheduled to begin on Sunday, Aug. 23 at 2:55 p.m. ET and can be streamed live on IMSA.tv with IMSA Radio commentary.

A year ago, Johnson and Simpson found some love in Virginia, earning their second podium finish of the 2019 IMSA Michelin Pilot Challenge season, by guiding the No. 54 Universal Coating Audi RS3 LMS TCR car to a third-place result at the Virginia Is For Racing Lovers Grand Prix.

Drivers Michael Johnson and Stephen Simpson and the JDC-Miller Motorsports team will travel to the familiar climes of the Midwest this week, visiting the idyllic resort area of Elkhart Lake, Wis. for the Road America 120, the third leg of the reconfigured IMSA Michelin Pilot Challenge.

Road America, which has hosted races since September 1955, is a 14-turn, 4.05-mile course situated on 640 acres near the Kettle Moraine Scenic Drive, located approximately midway between Milwaukee to the south and Green Bay to the north.

The two-hour race is set to go green on Saturday, Aug. 1 at 4:45 p.m. ET and can be streamed live on IMSA.tv with IMSA Radio commentary.

“I’m very excited to be back at Road America,” said Johnson. “This track has always been good to us and it’s an extremely fun track. After the race at Sebring, I’m feeling good for this weekend with JDC-Miller Motorsports. Our Audi is fast and strong. Let’s win this!”

When last in action, two weeks ago, Johnson and Simpson fought through scorching Florida summer heat, rain, thunder and lightning to pilot the Universal Coating No. 54 Audi RS3 LMS TCR car to a ninth-place finish in shortened action at Sebring’s Advent Health 120.

A year ago, Johnson and Simpson entered competition at the Road America 120 with momentum, following a second-place finish at Lime Rock Park two weeks prior, but mechanical issues near the outset of the race stemmed that tide and the ground lost could not be regained.

“I am looking forward to getting back into the No. 54 car,” said Simpson. “Even though every race weekend is enjoyable, Road America is particularly enjoyable because it is such a fantastic event. The track is one of my personal favorites in the country. I am excited to hit the track on Friday and happy that we have Sebring under our belts. We have high hopes this weekend. Michael and I have been doing a lot of preparation and we have had good success at Road America in the past. We will be looking for a podium finish and to get our first win of the season.”

The weather forecast on race day in Elkhart Lake appears ideal, calling for mostly sunny conditions with a high in the low 80s with only a 10 percent chance of rain. Winds will be negligible, from the east at 5 mph.

The IMSA Michelin Pilot Challenge journeys next to the 3.27-mile VIRginia International Raceway in Alton, Va. on Aug. 21-23 for the fourth round of the season. The two-hour Virginia Is For Racing Lovers Grand Prix at VIR is scheduled to begin on Sunday, Aug. 23 at 2:55 p.m. ET and can be streamed live on IMSA.tv with IMSA Radio commentary. 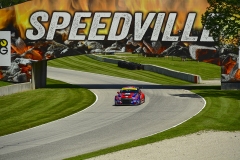 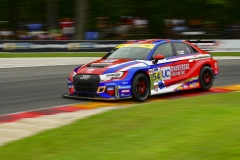 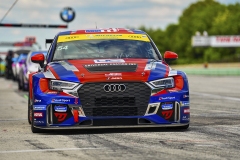 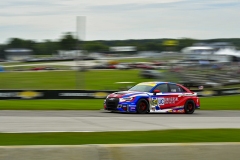 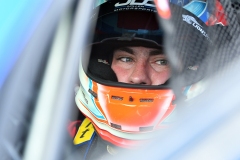 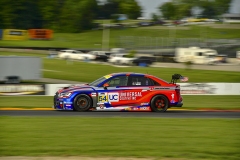 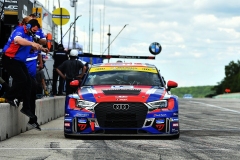 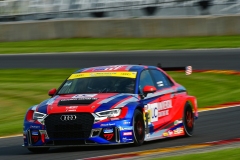 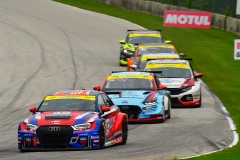 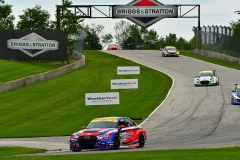 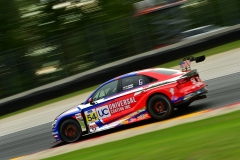 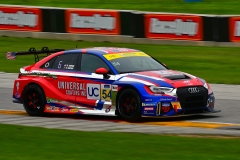 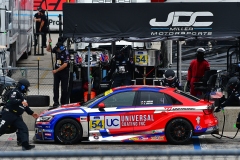 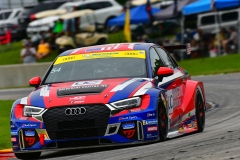 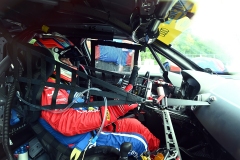 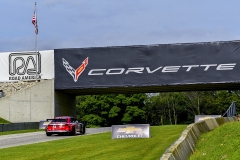 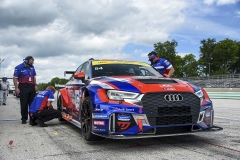 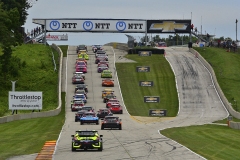 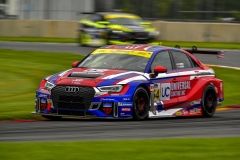