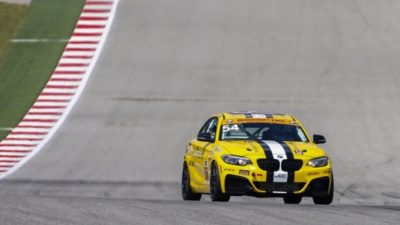 JOHNSON RETURNS WITH ANOTHER ‘HOME RACE’ AT ROAD AMERICA

ELKHARD LAKE, WI (Aug. 4, 2016) – American paralyzed BMW driver Michael Johnson has few things he loves more than driving and being able to drive to his races from his hometown. The Michigan native is gearing up for this weekend’s Continental Road Race Showcase at Road America in rural Wisconsin as part of the Continental Tire SportsCar Challenge series’ aggressive summer schedule.

“I’m very excited to race at Road America again,” said Johnson. “I’ve won here twice in Skip Barber, so this track has been great to me in the past. It’s a very fast and physical track and I love the demands it presents. It will be a track that puts our BMW 228i M Sports to the test but we are prepared and ready. Our last race [Lime Rock Park] continues to show how much we are leaning and improving. We still have a lot of work to do but we are getting there with each race weekend. I’m excited for the continues progress.”