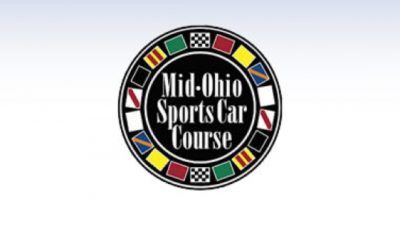 LEXINGTON, OH. (July 28, 2015) – American paralyzed Pro Mazda racer, Michael Johnson, is prepared to compete at Mid-Ohio Sports Car Course this weekend. After completing nearly four months of rehab for injuries sustained during a practice incident earlier this year, Johnson is ready to get back on the track and restart his racing career.

“After testing at Mid-Ohio in June, I feel more prepared to get back to racing at this track again,” said Johnson. “Each time I get back in a car, the less and less my nerves are.”

Johnson participated in the Pro Mazda Championship Presented by Cooper Tires test at Mid-Ohio Sports Car Course at the end of June. It was his second time back in a racecar since the injury in March on the Streets of St. Petersburg, Fla. During the two-day test, Johnson turned a total of 88 laps over six sessions on the 2.258-mile, 13-turn road course, building his confidence for his return to the track this weekend.

Johnson said, with confidence, “The last session of the test showed that I was competitive, that I’m in the ballpark, and that I’m officially back.”

The 22-year-old native of Flint, Michigan, drives for JDC Motorsports in the No. 54 Universal Coating entry. He is the first and only paralyzed driver licensed by INDYCAR to compete in the series’ developmental ladder system, Mazda Road to Indy, which prepares drivers for the VERIZON IndyCar Series and Indianapolis 500.

In 2005, Johnson went from being an up-and-coming motorcyclist, with 14 national titles to his name, to being paralyzed from the mid-chest area down. He currently has four rods and 15 screws in his back, after undergoing an 11-hour surgery when he was 12. In 2009, he had stem cell surgery in Portugal and currently follows an aggressive physical therapy program. After several years spent in go-karts, Johnson began competing in the Mazda Road to Indy in 2012, where he drives a specialty-equipped racecar with hand controls.

2015 was to be Johnson’s second full-season in Pro Mazda prior to the incident during the first practice session of the season in St. Pete. Following the crash, Johnson spent nearly three weeks at a Florida hospital that involved surgery and a lengthy road back to the racetrack following the fractures to his hip and pelvis during the crash.

The Mid-Ohio race weekend is Johnson’s first race back following his lengthy recovery. Following the two races at Mid-Ohio, he will also compete in the season-finale weekend at Mazda Raceway Laguna Seca in September.

The Mid-Ohio race weekend will include Pro Mazda, Indy Lights Presented by Cooper Tires and the USF2000 Championship Powered by Mazda as support races for the VERIZON IndyCar Series double-header weekend in rural Ohio.