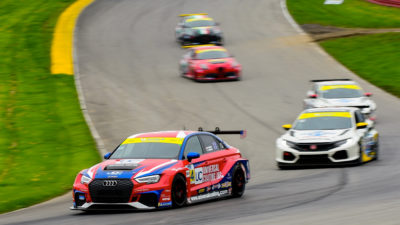 LEXINGTON, Ohio — A day of promise turned to disappointment for co-drivers Michael Johnson and Stephen Simpson when their push for a podium finish at the Mid-Ohio 120 was dealt a setback, as their Universal Coating No. 54 Audi RS3 LMS TCR car was contacted from behind, forcing it off the track.

After Simpson had maneuvered into fifth place, a car that was multiple laps down hit the No. 54 in the rear and spun it into the mud exiting turn number 2, eliciting the caution flag. However, Simpson was able to get back on the track and salvage 10th place.

“The weekend at Mid-Ohio didn’t go as planned,” said Johnson. “The car was extremely fast and handling great. Cole, our engineer, did a fantastic job getting the car right with limited track time due to the rainy weather. I felt like my stint went well. I would like to have qualified better but with the difficult rainy conditions, I had trouble feeling the grip. We know we had the pace; it just didn’t work out. I’m looking forward to the next race at Watkins Glen where we had our first podium last year with JDC-Miller Motorsports!”

The next IMSA MICHELIN Pilot Challenge race comes at Watkins Glen International on Saturday, June 29. The Tioga Downs Casino Resort 240 is the second of two, four-hour races on the 2019 schedule.

A mechanical issue with the Universal Coating No. 54 Audi RS3 LMS TCSR car hampered the efforts of Michael Johnson and Stephen Simpson and the JDC-Miller Motorsports team at the Alan Jay Automotive Network 120 at Sebring International Raceway on Friday afternoon.

“The race didn’t go as planned,” said Johnson. “I started fifth and stayed in the that position for little while. The car felt pretty good, was handling well and I was closing in on the lead group. I unfortunately had a mechanical issue going into turn 17.”

Johnson was able to maneuver the car back to the paddock and the necessary repairs were made by the crew. With the time it took to finish the repair, however, the team lost around 16 laps and ended up finishing 12th.

“Although we had a rough day, we did salvage some points so we will move on to Mid-Ohio in May and battle there,” said Johnson. “I can’t thank the JDC-Miller crew enough for their hard work and dedication. We will rebound and be even stronger!”

“It was a tough race,” said Simpson.  “The brake issue essentially put us out of contention. Michael was driving very well and doing exactly what he needed to do. We were fast all weekend. It’s tough, as we felt confident we could have had a strong finish. We will certainly be looking forward to Mid-Ohio and looking to get our first win of the year.”

Johnson and Simpson will be return to the Universal Coating No. 54 Audi RS3 LMS TCSR car in early May for the Acura Sports Car Challenge at Mid-Ohio, the third round of the Michelin Pilot Challenge tour. The 2-hour race is held at the Mid-Ohio Sports Car Course in Lexington, Ohio. 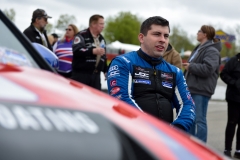 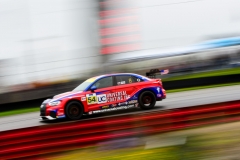 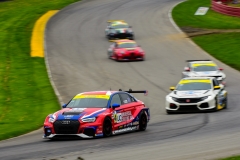 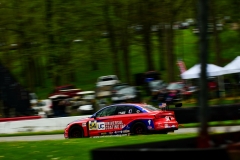 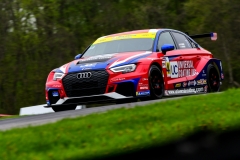 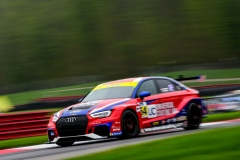 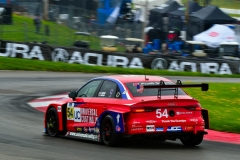 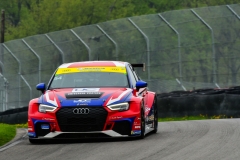 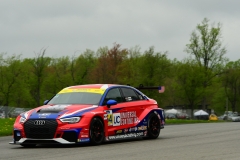 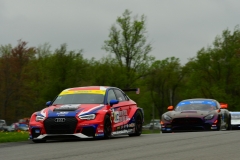 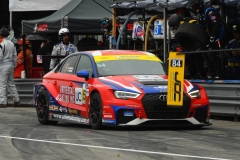 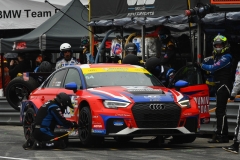 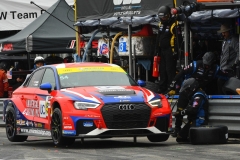 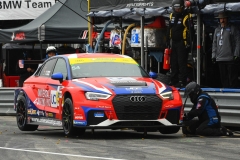 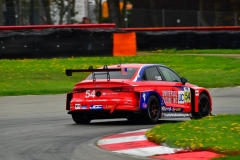 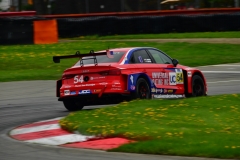 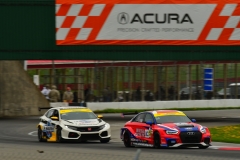 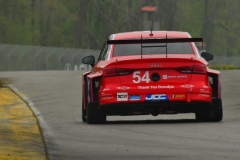 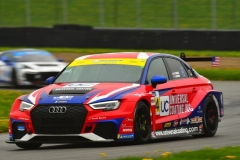 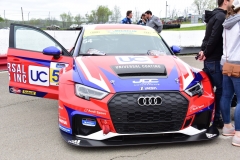 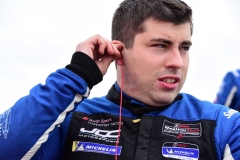 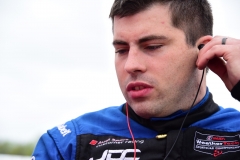 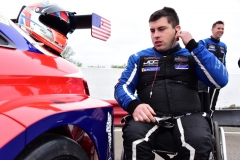 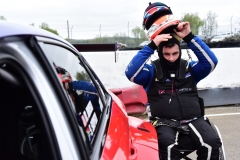 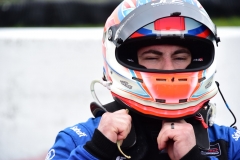 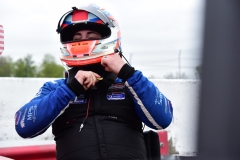 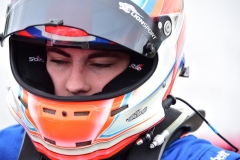 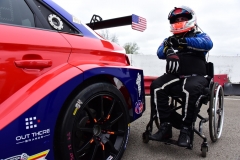 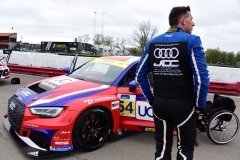