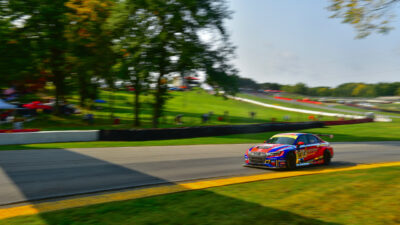 LEXINGTON, Ohio — Prior to this weekend, co-driver Stephen Simpson speculated that the Mid-Ohio Sports Car Course may be one of, if not the only track, at which Michael Johnson, himself and the JDC-Miller Motorsports team had not earned a podium finish.

After Sunday’s action, go ahead and scratch Mid-Ohio off the list.

In the second race of the double-header weekend, Johnson and Simpson piloted the Universal Coating No. 54 Audi RS3 LMS TCR car to a third-place showing, posting a top speed of 90.448 mph and a best lap time of 1:29.872.

“Sunday’s race at Mid-Ohio went pretty well,” said Johnson. “We started from the rear due to not qualifying on Saturday. I was able to stay close to the lead pack and then hand the car over to Stephen. The JDC-Miller Motorsports guys had a fantastic stop, which put us near the front. With that, Stephen brought it home in third. The whole crew worked their butts off this weekend with all the car troubles and I can’t thank them enough.”

Indications of a strong outing ahead came on Friday when the team posted the top time in both practice sessions. Johnson and Simpson repeated the feat on Saturday in the first race of the weekend. However, a fuel-related problem hampered their efforts.

“It was a great end to the weekend,” said Simpson. “It was fantastic to be back on the podium but it was an up and down weekend. We were very quick in the two practice sessions and on Saturday, but we also struggled with a fuel issue, which gave us some headaches.

“To finish the weekend on a strong note is great. Michael did a fantastic job, as always. He is continuing to make improvements. I’d like to thank the JDC-Miller Motorsports for all their hard work; they put in a lot of time this weekend. We will look to keep positive momentum rolling into the final few races of the season.”

Sunday’s result was also a special one in light of recent tragedy that struck the Michael Johnson Racing family. Logan MacKay, a loyal friend and team supporter, passed away recently and, in tribute to him, a memorial ribbon was prominently featured on the side doors of the Universal Coating No. 54 Audi RS3 LMS TCR car.

The 2020 IMSA Michelin Pilot Challenge will journey back to Braselton, Ga. in mid-October for the seventh race of the season, the Fox Factory 120. The two-hour event at Michelin Raceway Road Atlanta is scheduled for a 3:35 p.m. ET start on Friday, Oct. 16. 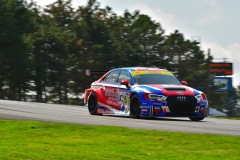 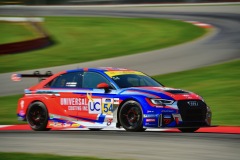 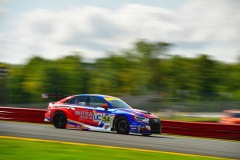 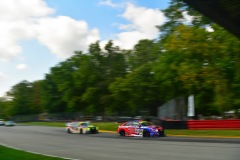 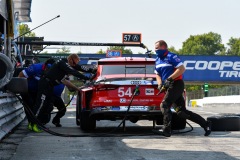 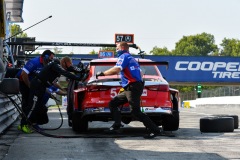 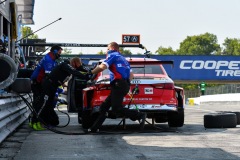 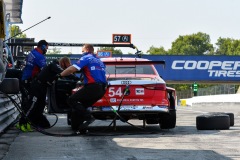 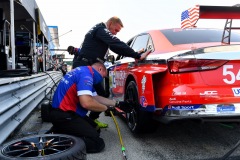 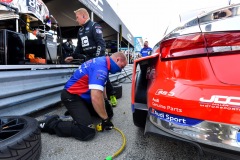 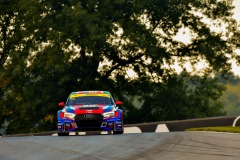 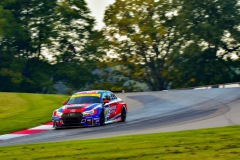 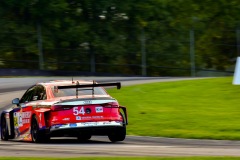 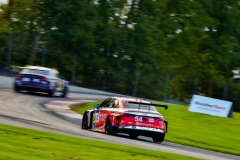 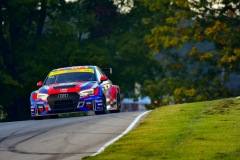 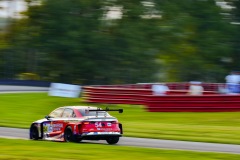 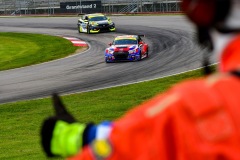 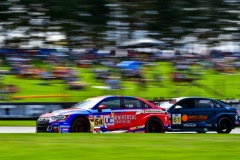 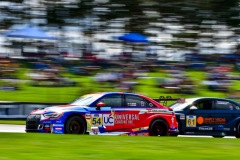 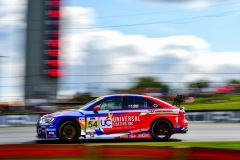 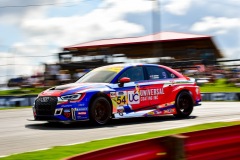 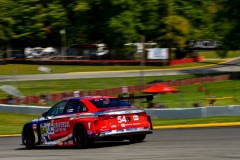