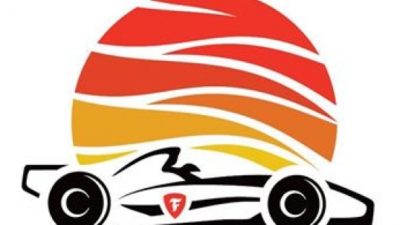 ST. PETERSBURG, FLA. (March 24, 2015) – American paralyzed racer Michael Johnson will take to the Streets of St. Petersburg this weekend for the season-opening race weekend alongside the entire INDYCAR community officially kicking off his 2015 racing campaign. Johnson returns to the Pro Mazda Championship presented by Cooper Tires for his sophomore season in the Series with JDC Motorsports.

“I’m really excited to get the Pro Mazda season started with the opening two rounds on the streets of St. Petersburg,” said Johnson, who is wrapping up a two-day test in Georgia prior to his Florida race weekend later this week. “I think it’s a very fun track and normally always good racing. I’m ready to show what I’ve been working on in the off-season and have a good finish in both races!”

Johnson, of Flint, Michigan, will be piloting the No. 54 entry during the 2015 season. This 2015 season marks his fourth straight season with JDC Motorsports. The 22-year-old completed his rookie season in Pro Mazda in 2014, where he finished 13th of 32 entries as part of his move up to the second step on the “Mazda Road to Indy” ladder. His best finish last season was 10th on the Streets of St. Petersburg.

This weekend’s race in the Tampa Bay area won’t be Johnson’s first visit to the course along St. Petersburg’s beautiful waters. He has six total race starts in two different series:  the USF2000 National Championship Series and the Star Mazda Championship (now the Pro Mazda Championship) from 2012 and 2014.

This season Johnson will be competing for the $500k Mazda Road to Indy scholarship to move up to the Indy Lights presented by Cooper Tires in 2016. Johnson, of course, is the first and only paralyzed driver licensed by INDYCAR to compete in the series’ developmental ladder program, which prepares drivers for the VERIZON IndyCar Series and Indianapolis 500. He follows an aggressive physical therapy program and drives a specialty-equipped racecar with hand controls.

To follow Johnson’s progress on the 1.8-mile street course in St. Petersburg, live timing and scoring is available via the phone app “Race Monitor” or online at http://promazda.com/results/live-timing or for more information,

please visit www.MichaelJohnsonRacing.com or www.JDCMotorsport.com and keep up to date with Johnson on social media at https://twitter.com/MikeJRacing or at https://www.facebook.com/michaeljohnsonracing.