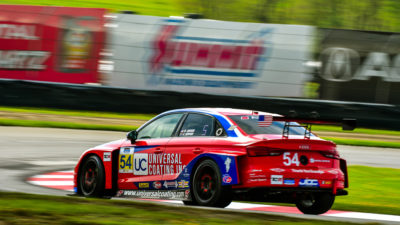 LEXINGTON, Ohio — As the weather warms up, action on the track is heating up for co-drivers Michael Johnson and Stephen Simpson and the JDC-Miller Motorsports team. This weekend, for the first time in a month and a half, Johnson and Simpson will be back in the Universal Coating No. 54 Audi RS3 LMS TCR car, competing in the Mid-Ohio 120 at the Mid-Ohio Sports Car Course in Lexington, Ohio.

“I’m excited to get back on track after a bit of a break,” said Johnson. “Mid-Ohio has always been a strong track for me so I’m looking forward to a strong result. Hopefully, the weather cooperates and we have a dry race on Saturday. This track takes a lot of patience and finesse in both the dry and rain with all the elevation. I know Stephen Simpson is ready to go as well so we’re ready to win this weekend!”

Mid-Ohio is the third round of the MICHELIN Pilot Challenge, which kicked off in January at Daytona. The team began the season with elation but also disappointment, as it qualified for the BMW Endurance Challenge by breaking the TCR course record and capturing the pole position but, following an incident on the track on race day, was not able to finish.

When last on the track, in mid-March, a mechanical issue hampered the efforts of Johnson and Simpson and at the Alan Jay Automotive Network 120 at Sebring (Fla.) International Raceway and the team finished in 12th place.

A year ago, at the Mid-Ohio 120, Johnson and Simpson finished fourth after leading laps early in the race. That event was the team’s first race of the 2018 season after Johnson suffered a broken leg during an incident at the Roar Before the Rolex 24 in early January.

“I am really looking forward to this weekend at Mid-Ohio,” said Simpson. “The JDC-Miller Motorsports guys have been doing a great job working on the car in preparation for the race. It looks like we are in for a bit of a wet one this weekend. That’s fine; we’ll be ready regardless of the conditions.

“I know Michael has been working very hard in the gym and is fit and ready to go. Mid-Ohio has been a track I have always enjoyed driving on. It’s just a few hours from Indianapolis; so it’s as close to a home race as we get. Getting on the podium is our goal; hopefully, the top step of the podium.”

The Mid-Ohio 120, on the 2.4 mile-track of the Mid-Ohio Sports Car Course, is two hours in duration.

The weather forecast on race day in Lexington is calling for mostly cloudy conditions with spotty showers with temperatures in the low 60s. 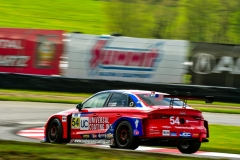 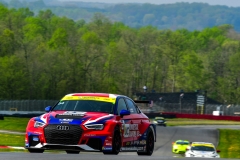 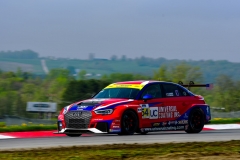 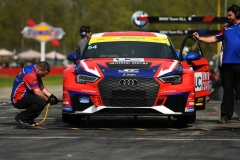 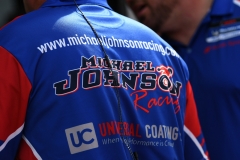 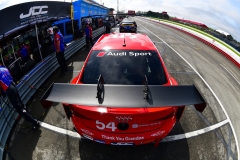 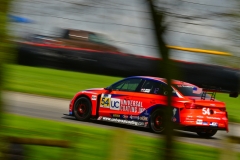 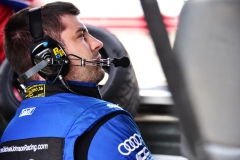 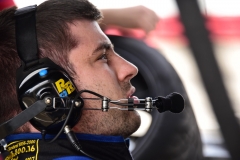 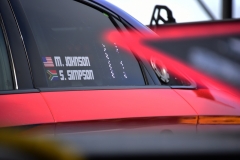 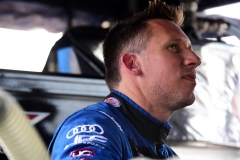