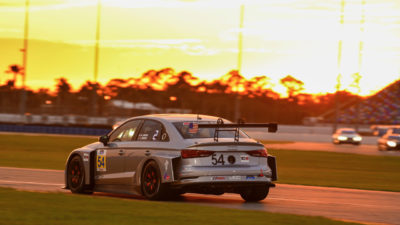 Racing with a new version of the Universal Coating No. 54 Audi RS3 LMS TCR, the car passed its initial tests at the Roar Before the Rolex this weekend, a three-day event that featured six practice sessions at Daytona International Speedway.

The trials are a precursor to and preview of the BMW Endurance Challenge, part of the Rolex 24 at Daytona, which will be held later this month at the historic track on the northeast Florida coast.

“The weekend at Daytona went pretty well,” said Johnson. “We’re dealing with some vibrations that were a challenge to figure out, but we found the problem. The car felt really good on Sunday, the final day of testing. We will definitely need to make the handling a bit better for the race, but I think we have a strong car. I’m excited for the race in a couple weeks.”

The team started strong, closing out Day 1 of sessions by recording the fourth-fastest lap (106.234 mph) in the TCR class. That position held out through Day 2 of competition.

They finished on an even higher note, as Simpson broke the two-minute mark during the final practice, topping the TCR class at 1:59.846 (106.932 mph) for the weekend.

The four-hour BMW Endurance Challenge opens the 2020 IMSA Michelin Pilot Challenge season on Friday, Jan. 24. The race begins at 1 p.m. ET and can be streamed live on TrackPass on NBC Sports Gold. The NBCSN television broadcast will air on Thursday, Feb. 6 at 1 p.m. ET. IMSA Radio will also provide live coverage of the race.

A year ago, in qualifying for the Rolex 24 at Daytona, Johnson smashed the TCR course record by over two seconds en route to securing the pole position with a record-breaking time of 1:58.433. 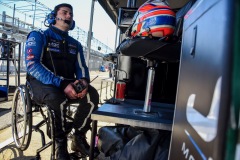 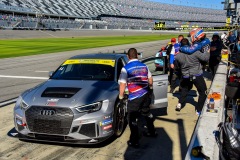 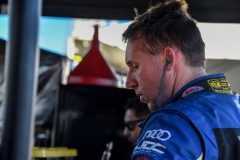 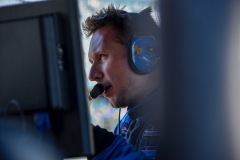